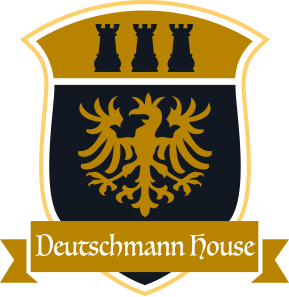 Msgr. Deutschmann handed on the mantel of leadership to the school’s second president, Fr. Donald 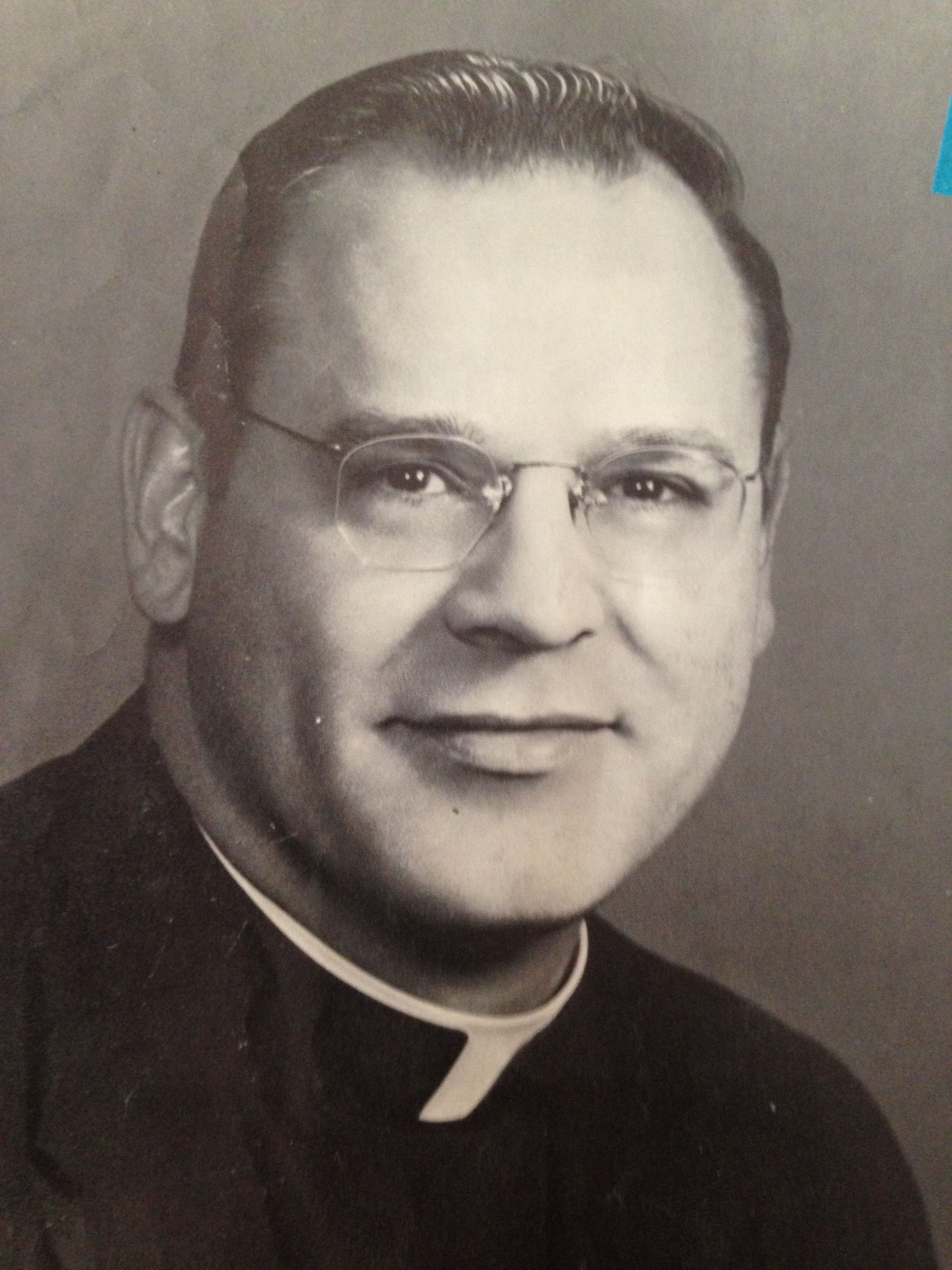 Deutschmann House Blazonry
Sable an eagle Or; On a chief Or, three castles sable.

Deutschmann House Coat of Arms Description:
The coat of arms of Deutschmann House stands as a
testimony to the visionary leadership of the school’s
founding administrator, Msgr. Deutschmann.
Deutschmann House represents leadership,
vision, and strength.
The coat of arms is a sable (black, symbolizing
constancy and stability) field. On this sable field is
blazoned “an eagle Or”, meaning a golden eagle,
representing the bearer of these arms as a person of
action, a lofty spirit, and occupied with weighty and
grand affairs. The shield is divided with a “chief Or” or
a section of gold, whose color represents generosity. On
the “chief Or” stands “three castles sable” or three black
castles, representing the legacy of Msgr. Deutschmann
as the builder of our school.