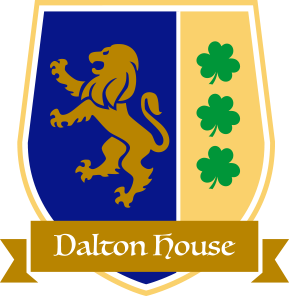 Fr. Donald T. Dalton  was born on October 11, 1933 and ordained to the priesthood on April 2, 1960. Fr. Dalton served as associate pastor at both Our Lady Church in Festus and S
acred Heart in Crystal City while teaching at the newest Catholic high school, St. Pius X. In 1969 Fr. Dalton succeeded Fr. Deutschmann to become the second president of St. Pius X High School. During his time as president, Fr. Dalton was also chaplain to the Ursuline Sisters at their novitiate in Crystal City. Fr. Dalton worked tirelessly as the president of St. Pius X until 1994, when he ended an incredible 25-year tenure by passing the torch to the 3rd president, Fr. Robert Suit.

During Fr. Dalton’s time as president St. Pius X saw incredible growth, success, and changes. Fr. Dalton has been a part of every single student’s life at St. Pius X since it’s beginning, in some way or another. Though no longer “in charge”, Fr. Dalton was an active member of the school’s staff and a trusted adv

isor to the administration. Fr. Dalton
was granted the title “President-Emeritus” by Archbishop Robert J. Carlson on the occasion of the school’s 50th anniversary in 2009. For a lifetime of service during which he poured his heart and soul into growing St. Pius X, he is forever honored as a namesake of one of the four houses.

Dalton House Blazonry
Per pale Azure a lion Or; Or
three vert shamrocks.

Dalton House Coat of Arms Description:
The symbols which blaze the coat of arms of Dalton
House speak to Fr. Dalton’s legacy at St. Pius X High
School. In sixty years of priesthood, St. Pius X was his
only assignment. During his years he poured his heart
and soul into the growth of our school and is a legend
among alumni and the community. Dalton House
represents loyalty, tradition, and heritage.
The coat of arms is divided “per pale”, or vertically.
The dexter (right) field is azure (blue), whose color
represents loyalty. On this azure field stands
“a lion Or”, meaning a golden lion, representing
deathless courage. The sinister (left) field is
Or (gold) on which is emblazoned “three vert
shamrocks” representing the Irish heritage of the
house’s namesake.