Sr. Borgia Fehlig, OSU (Dorothy Fehlig) was a pioneer in education and her legacy lives on every day at St. Pius X. Born May 5, 1917 and professed a sister in 1938, Sr. Borgia was a member of the Order of Ursuline Sisters 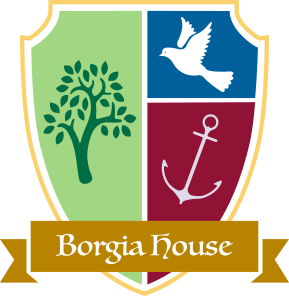 whose main charism is education. Sr. Borgia tragically died of a car crash in DeSoto on February 9, 1999 at the age of 81.

Sr. Borgia came to St. Pius X to teach art after a seven
year tenure as President of Springfield College in Springfield, IL. Sr. Borgia held a doctorate from Saint Louis University and a Masters Degree in Art and Education from the University of Notre Dame. Familiar to every student and alumnus of St. Pius X is the famous Lancer logo that emblazons center court of the Ralph Boyer Gymnasium. This logo lovingly referred to as the “Borgia Lancer” was created by Sr. Borgia. Sr. Borgia also painted the famous “St. Pius X Watercolor” depicting the newly open school with its looming neighbor Buck Knob in the background. Sr. Borgia’s work can even be viewed at the National Shrine of the Immaculate Conception in Washington, D.C.

Sr. Borgia was a larger than life character that one former 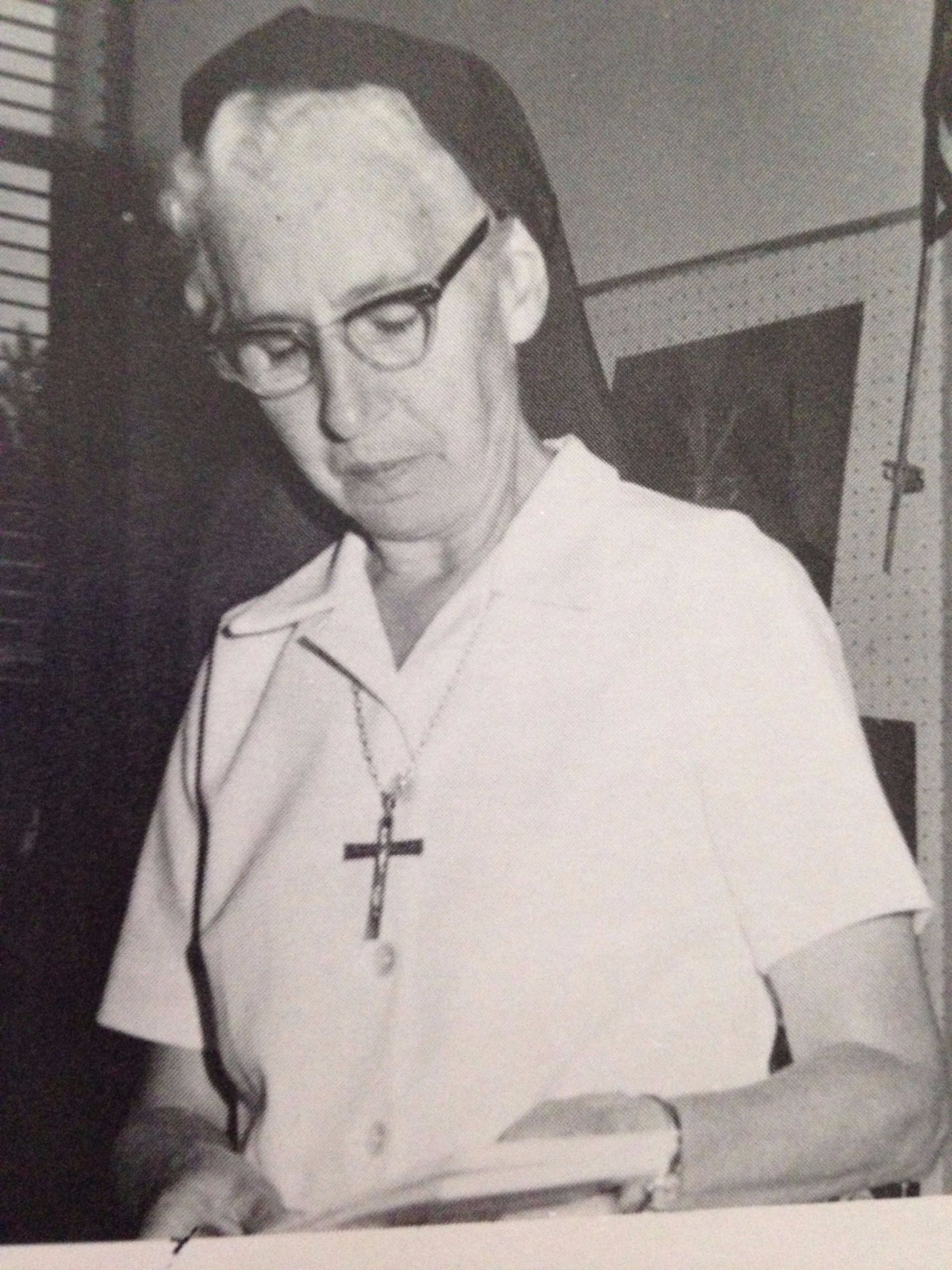 colleague described as “the most perfect person you would have ever met”. In addition to being considered “saintly” by many, “Sister KSHE”, as she was known because of her willingness to let students listen to KSHE 95 while working in the studio, is best described as “cool and collected and naturally witty.” As a teacher, her students remember how patient she was and having an ability to develop raw talent.

For her venerated memory among alumni and former colleagues alike, it is fitting that her name be memorialized as one of the four houses at St. Pius X.

Borgia House Coat of Arms Description:
The coat of arms of Borgia House celebrates the
heritage of Sr. Borgia as a renowned artist, her creativity,
and her religious community, the Ursuline Sisters. Sr. Borgia is
most well known for her contributions to the school in the
form of the traditional “Borgia Lancer” that is printed on
center court of the Ralph Boyer Gymnasium and her famous
“St. Pius X Watercolor”which has beautifully depicted the school
for decades. Borgia House represents constancy, peace, hope and
creativity. The coat of arms is divided “per pale”, or in half by a vertical
line. The dexter (right) field is azure (blue, symbolizing loyalty) on
which is blazoned “a dove argent” or a white dove. Below the dove
is a sanguine (maroon) field on which a blazoned “an anchor argent”
or a silver anchor symbolizing the sprit of creativity. The sinister (left)
field is argent (silver, symbolizing peace and sincerity) emblazoned
with “a vert Laurel tree eradicated” or a green laurel tree unplanted.
The dexter field is taken from the coat of arms of the Ursuline Sisters
on which a green laurel tree represents new life and creativity which
is planted on the side of a mountain, representing the Church.